Work(shops) in progress for firefighters drills

BRIDGES workshops are investigating the most suitable firefighters training application in an XR enrivonment.

For this reason, despite the restrictions due to Covid-19 pandemic, our technological partners Illusion Walk and Bolt Virtual met (both physically and virtually) the firefighter brigades of the Athens International Airport and Berlin Brandenburg Airport, in order to assist them for a better understanding of XR environments, VR technology and the feeling of immersiveness.

Two workshops were conducted in Berlin by Illusion Walk, on 23rd April and 15th April, to practically test the Immersive Deck technology in the “starting” scenario of Airplane inside – reconnaissance and active defense (a fire experience interior attack) to present the XR systems and analysing its strenghts and weakenesses.

On 19th April, Bolt Virtual had the informal visit of the fire brigade from the Athens International Airport, the Colonel George Karamanlis and 6 members of Airport RFFS, to try different VR applications and explore different VR environments. During the meeting, the existing technology on premises (HTC Vive) was utilized which provides a similarly immersive environment to the project technology “Immersive Deck” and the Bolt Virtual staff gave them an understanding of the capabilities of VR and also the improvements that will be available: freedom of movement, multi player, hand tracking and interactions, multi-sensory capabilities, full room tracking, etc. 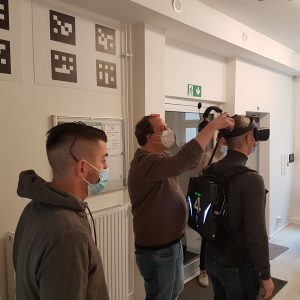 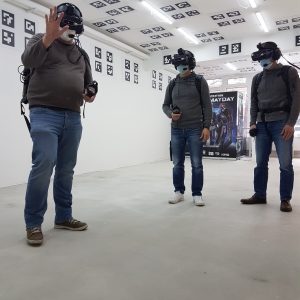 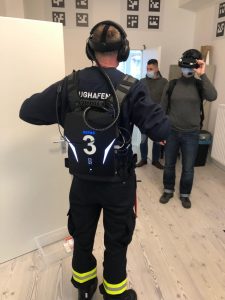 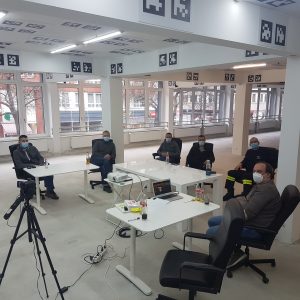 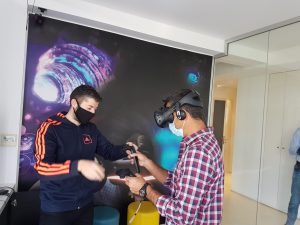 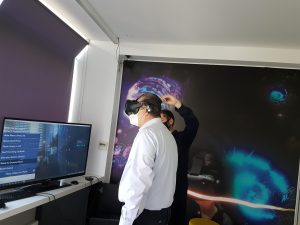 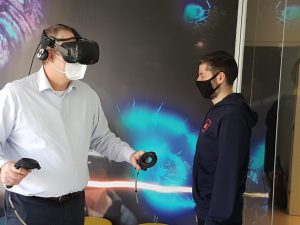 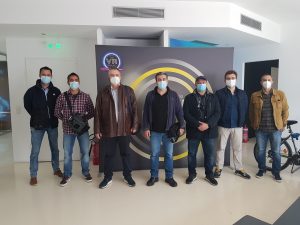 The workshops aimed at collecting valuable feedback for the training scenario for Pilot 1 of the project, the firefighters simulations, based on real needs. It is deemed of vital importance for all end-user to be experienced in extended reality environments to grasp its potential and looking at it in an enthusiastic manner. A first focus is on providing fire brigades with a feature to review the actions of a trainee in the virtual environment, via a virtual camera or other means, so as to be able to compile personal performance scorecards in any scenario and identify mistakes and/or emissions of the user.

These workshops are actually in progress, with a virtual meeting scheduled today and others to be planned in the next weeks to design principles, type of exercises and practice areas for the scenarios to be piloted by BRIDGES project.